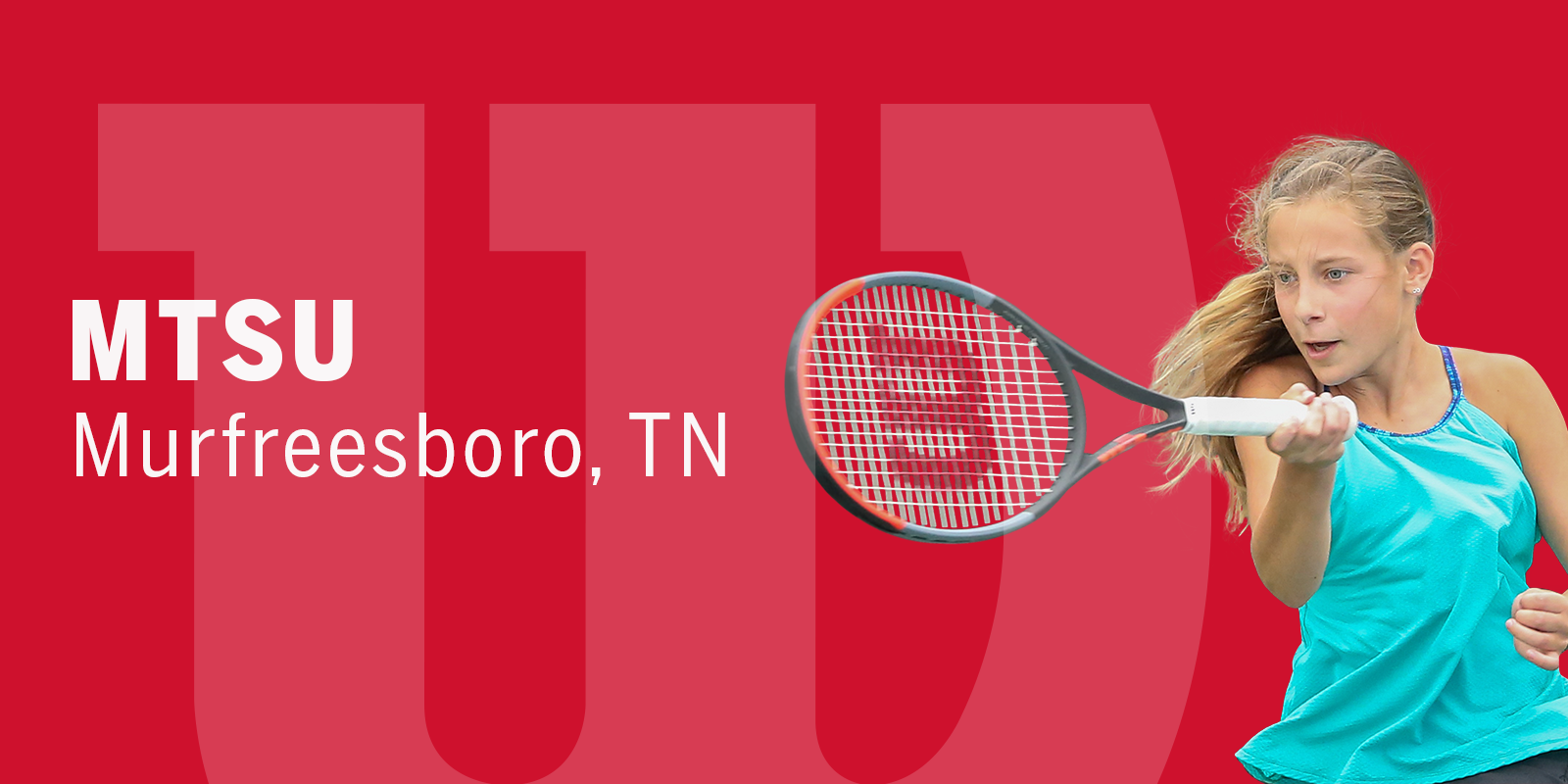 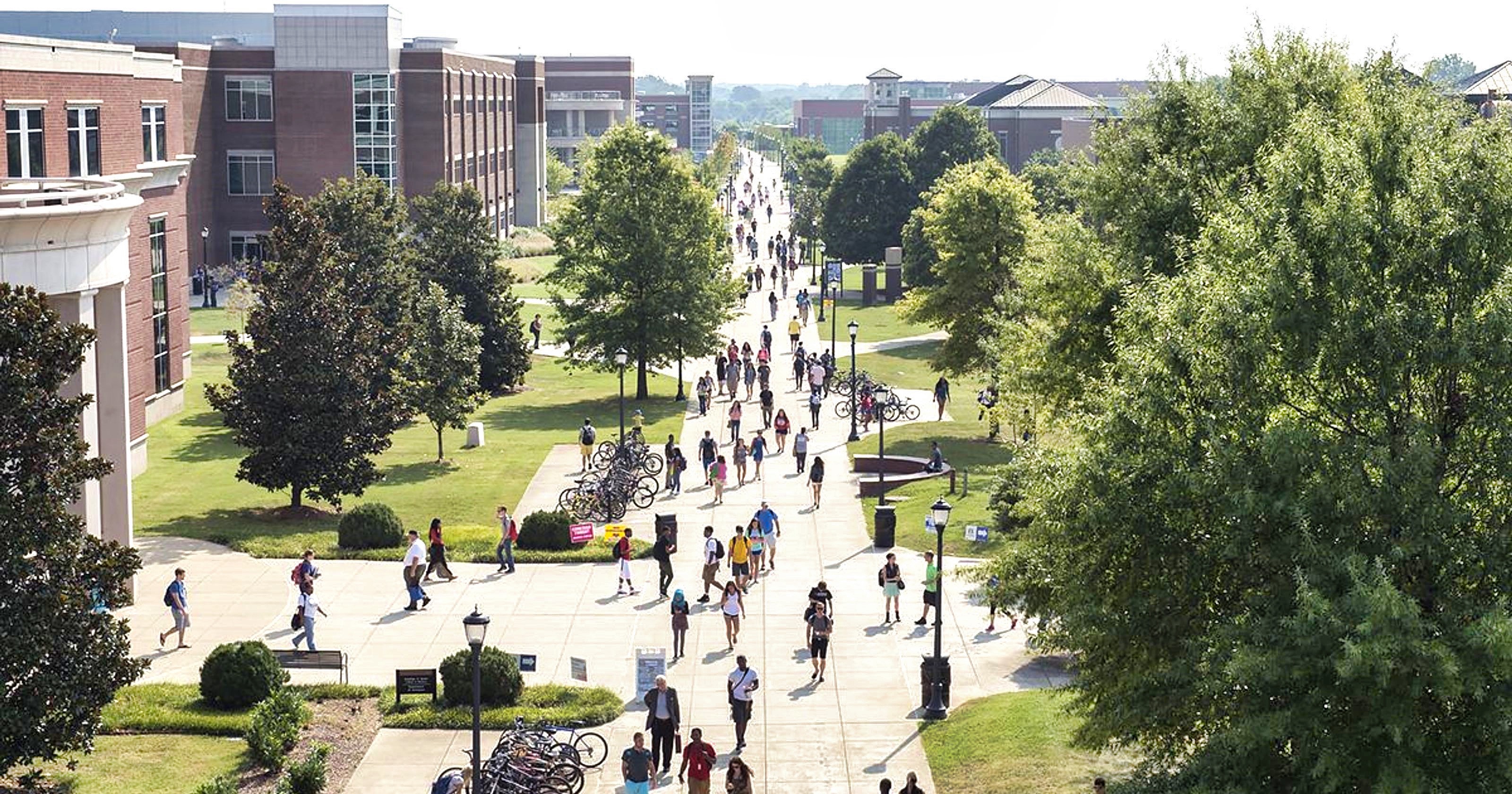 Each camper receives personal attention, advanced teaching techniques, intensive drill work and game / match play, all in a fun and competitive environment. We break the campers into small instructional groups of similar age and ability so each child is working in a group that is commensurate with their experience level. We tailor each program to the level of the players. Beginners would get a heavier dose of swing technique and fundamentals, while more advanced players would have more focus on strategy, point building and percentage tennis etc.

The Wilson Collegiate Tennis Camps are the premier camps for young players who strive to learn the game, improve their skills and/or participate in middle school, high school, USTA team tennis or tournaments. 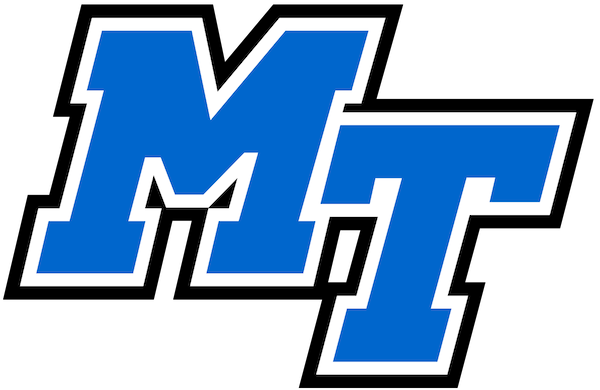 *Note: 5 & 6 year olds are only eligible for half day camp
*All camps are open to any and all skill levels.

Airport transportation is available upon request for those flying into camp. The closest airport is the Nashville International Airport (30 miles from campus). To arrange for a pickup, please email prior to making flight arrangements.

All campers should bring swimsuits in case we head to the pool to cool off. Camp Themes are for all campers! 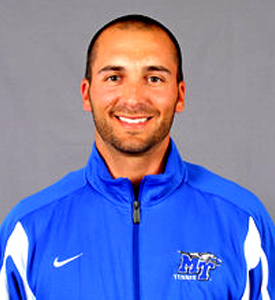 After ten successful campaigns, Jimmy Borendame continues to help Middle Tennessee men’s tennis ascend to the top. Borendame has amassed 156 wins – the second most in program history. He wasted no time making an impact on the MT program, rightfully earning back-to-back Sun Belt Coach of the Year honors after leading the Blue Raiders to two conference tournament titles and NCAA tournament berths in his first two seasons at the helm. Since taking over the team with 7-20 record in 2010 and ranked No. 165 in the ITA national rankings, the team has been ranked as high as No. 27 in the nation in 2020.

The 2020 season was cut short due to the COVID-19 pandemic that swept the world. Even with uncertain times, Borendame and the Blue Raiders had a certainly successful season. Chris Edge became the first Men’s Tennis athlete since David McNamara in 1998 to earn PoTY honors and Borendame earned his fourth CoTY honors in back-to-back fashion. Coming off a 13-5 with wins over four power five programs (Michigan State, Arkansas, Indiana and Auburn).

In 2019, Jimmy Borendame returned to title town after the Blue Raiders earned their first Conference USA title since joining conference in 2014 by defeating FAU in a come-from-behind 4-3 win.

Borendame has spent one year each as an assistant coach at West Virginia (2002-03) and William & Mary (2003-04). While with the Tribe, he helped W&M to a No. 38 national ranking and victories over nationally-ranked VCU and Tennessee.

A native of Wheaton, Ill., Borendame played collegiality at Butler with a specialty in the doubles, where he was ranked as high as No. 33. He owns the school record with 98 doubles victories. He also received All-American Academic honors from the ITA in 2002, while serving as a team co-captain. He was a four-time All-Horizon League selection and won the 2002 Team Mental Attitude Award.

In 2016, Borendame added a certification from Etcheberry Experience for tennis specific strength and conditioning to his résumé. He is a USPTA certified instructor and was picked to coach the 2006 and 2007 Mid-Atlantic National Junior teams which participated in the national championships in Champaign, Ill. He also has worked as an assistant tennis professional at Woodstock Country Club in Indianapolis.

Borendame received his bachelor’s degree with honors in finance from Butler in 2002 and a master’s degree in sport management from West Virginia in 2003. His concentration was collegiate athletic administration/sport marketing. He is married to the former Genevieve McNeill, who was a standout swimmer at the University of Arkansas. They have two children, one daughter, Lynden and one son, Rocco.

After nine successful campaigns, Jimmy Borendame continues to help Middle Tennessee men’s tennis ascend to the top. Borendame has amassed 153 wins – the second most in program history. He wasted no time making an impact on the MT program, rightfully earning back-to-back Sun Belt Coach of the Year honors after leading the Blue Raiders to two conference tournament titles and NCAA tournament berths in his first two seasons at the helm. Since taking over the team with 7-20 record in 2010 and ranked No. 165 in the ITA national rankings, the team has been ranked as high as No. 32 in the nation in 2013.

In 2019, Jimmy Borendame earned his first Conference USA title since joining conference in 2014 by defeating FAU in a come-from-behind 4-3 win.

Borendame’s Blue Raiders have also gotten the job done in the classroom. Langley became the first Blue Raider in program history to be named a Capital One Academic All-American, earning third-team accolades in 2011. In addition, the team was named an ITA All-Academic Team eight times since 2011 and named 42 Blue Raiders as Scholar-Athletes. Since 2012, 58 Raiders made the C-USA Commisioner’s List (3.0-4.0 GPA) and 25 Raiders earned the C-USA Academic Medal (3.75-4.0 GPA). The men’s tennis team has won multiple Raiders Choice Awards for their contributions in the classroom and the community.

Borendame came to Murfreesboro after serving a one-year stint as the head men’s tennis coach at Drake in Des Moines, Iowa. He led the Bulldogs to a 15-9 record, which included seven wins in an eight-match stretch from late February to mid-March.

My son has attended Wilson Tennis camp at MTSU for 4 years and loves it. They do a variety of drills , playing , and conditioning. It’s also fun too.

Coach Jimmy is great with the kids and my son can’t wait for each day. He’s on his 2nd year going and has already said he’s excited for next year!

The boys learned some great tennis foundations, enjoyed the coaching staff and having the rec. center to go play and cool off in. They already asked to come back next year.

Parent of Jackson W and brother

It’s a great camp to learn new skills and meet new friends. The program is a lot of fun with other activities to do as well.

My son had an amazing time. Was always excited about going each morning and never grumbled about getting up early ( we live 1 hour away from MTSU). He seemed to learn a lot and is excited about telling us about his daily experiences….

Parent of Christian B 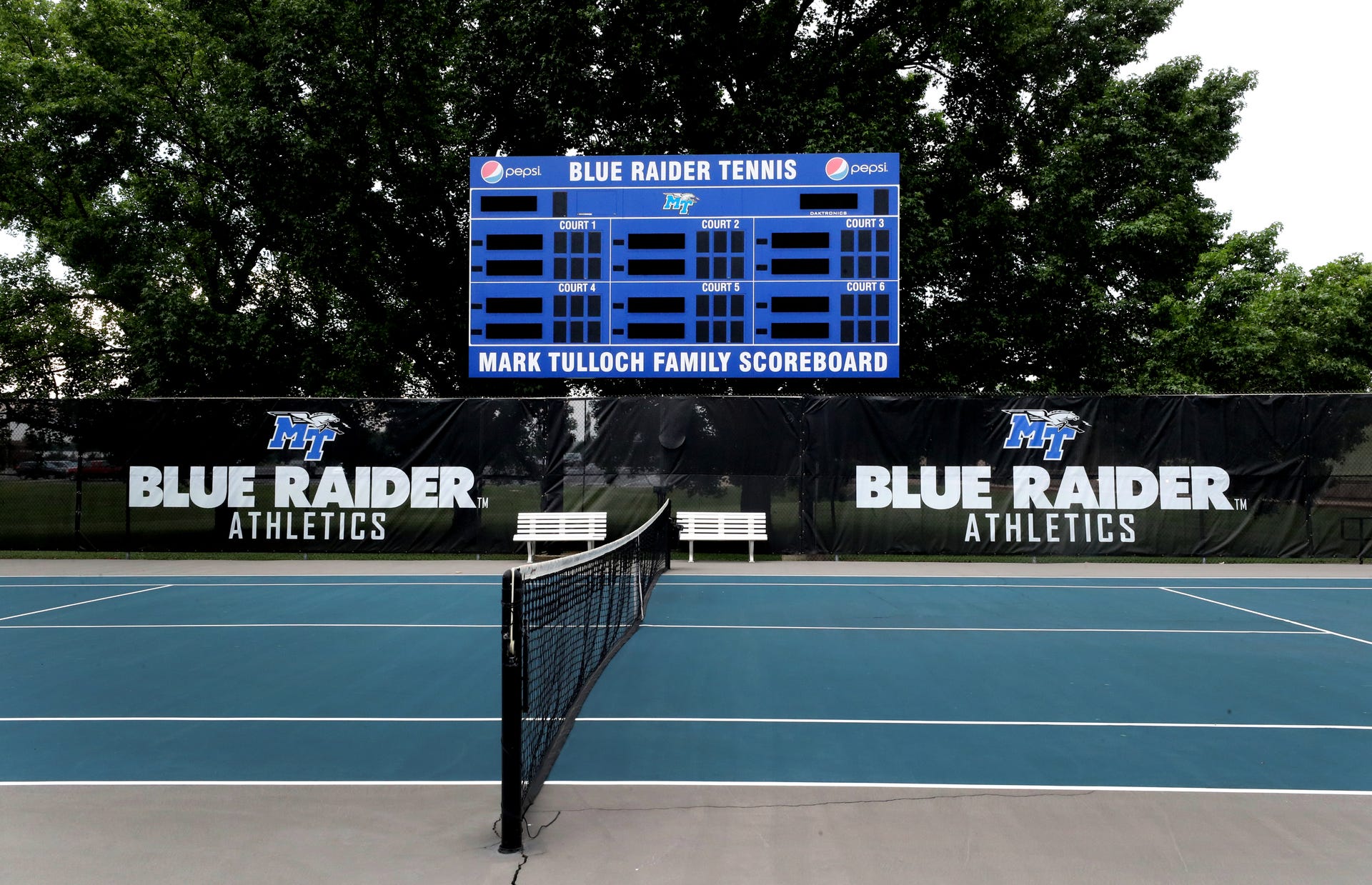 Middle Tennessee’s Buck Bouldin Tennis Center consists of 14 courts, with six newly renovated varsity courts finished during the fall of 2001 and a scoreboard provided by the Mark Tulloch family.

The addition of the Tulloch Family scoreboard helps bring an upgraded feel to an already outstanding facility. Mark Tulloch and his family have been extremely generous to the MT tennis program and helping the Blue Raiders remain competitive with the facility upgrades.

The eight courts closest to Murphy Center were resurfaced with three inches of asphalt during the summer of 2012. These eight courts were converted to just six courts and are used as the varsity courts for both the men’s and women’s tennis teams at Middle Tennessee.

The new varsity courts are outfitted with divider fencing between each and are painted blue with gray outlines. New blue windscreens with the MT logo line the fences around the complex, and there is a walkway between the varsity courts and the remaining eight. Also, bleacher seating with canopies was built in the middle for fans at the varsity courts.

9:30am        Divide into groups based on age/ability for drills/instruction/games