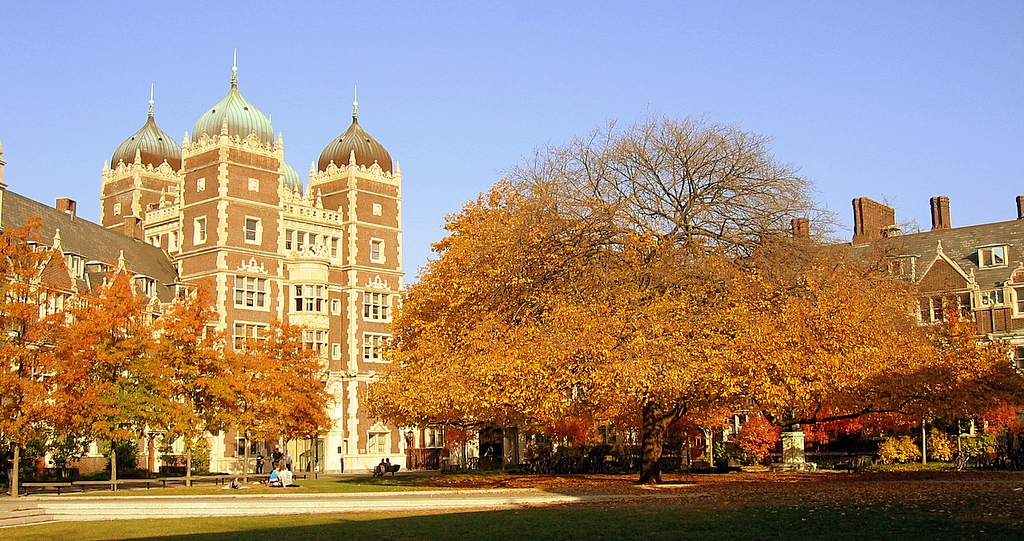 The Wilson Collegiate Tennis Camps / Penn Tennis Camp is the nation’s most popular tennis camp. Hosting close to a thousand campers each summer, the camp has built a reputation for top-flight instruction, fun and well organized days. Each summer we host 9 weeks of camp throughout June, July, and August and offer Full Day camp options. There is an appropriate camp option for boys and girls ages 5-18 of all skill levels.

Campers receive personal attention, advanced teaching techniques, intensive drill work, and game/match play, all in a fun and competitive environment. We break the campers into small instructional groups of similar age and ability, so each child is working in a group that is commensurate with their experience level. We tailor each program to the level of the players. Beginners get a heavy dose of swing technique and fundamentals, while more advanced players focus on strategy, point building, percentage tennis, etc. 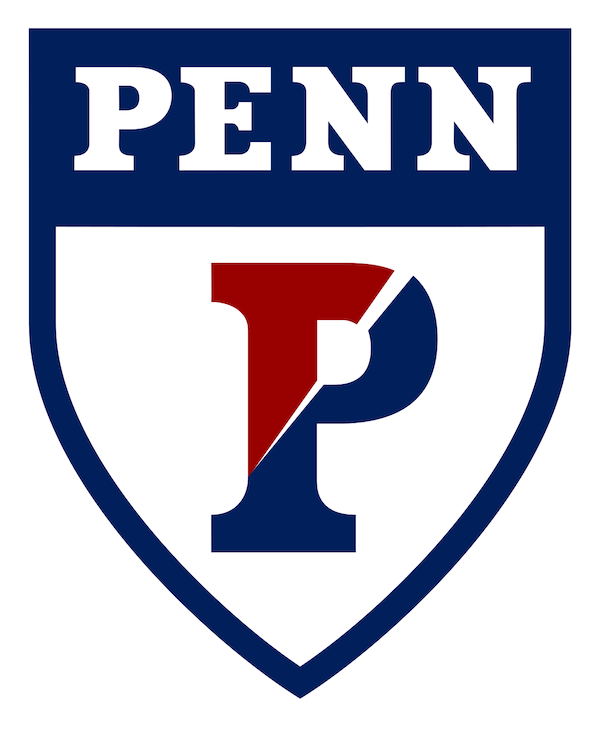 3 + weeks of camp for any single camper:

Coupon Code: No Coupon Code needed. Discount will be applied to all qualified registrations

Our athletics department has received an approved health and safety plan that was reviewed by the University and the City of Philadelphia Department of Public Health. I’m providing some of the key bullet points from the plan below.

Full Day Camp (Ages 5-17) – This is the traditional Penn tennis camp. Great drills and clinics in the morning, healthy group lunches, and fun games and more tennis and other sports in the afternoon. Every week will feature a Camp Raffle to compete for a chance to win exciting Wilson prizes such as t-shirts, grips, hats, water bottles, rackets, bags, string, vibration dampeners and more.

Lunch is provided on campus for the Full Day Campers and is included in the camp fee. Kids will have the option to take a morning snack break. Snacks and drinks will be available for purchase at the Tennis Center. 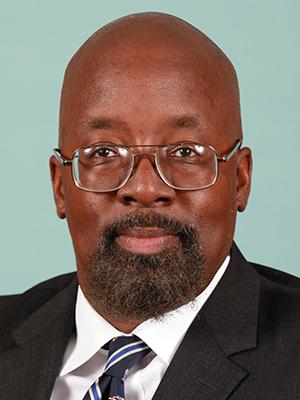 Denard brings over 20 years of tennis coaching experience and is excited to work with clients at Legacy. Originally from Winston-Salem, NC, he had a successful junior career in the highly-competitive USTA Southern Section. Denard graduated from Delaware State University where he received a scholarship and played number 1 singles.

Professionally, Denard has coached in North Carolina, Pennsylvania, and New Jersey. In North Carolina, he was owner/director of Maximum Tennis Academy, a full-service player development academy for players at the National and Sectional levels. He was head coach of three-time North Carolina Independent School Athletic Association State Champions, Forsyth Country Day School varsity tennis teams. In 2019 he was inducted into the Forsyth Country Day School Athletic Hall of Fame.

In Pennsylvania, Denard served as Director of Tennis at the Frog Hollow Racquet Club working with players of all levels, including adults and juniors. Most recently, he held the position of Director of Programming for a New Jersey NJTL. Denard is certified by the USTA as a High-Performance Coach, holds a Professional Certificate (Adults and 10-and-Under) from PTR, and serves on the USTA Middle States Coaches Commission Board.

Denard’s passion for tennis drives him to continue being a student of the game. He wants to help players to reach their goals both on and off-court and looks forward to working with kids and adults. 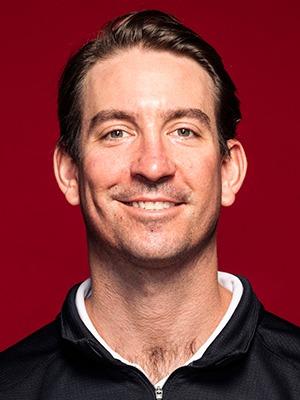 Rich Bonfiglio was hired as the University of Pennsylvania’s Albert G. Molloy Head Coach of Men’s Tennis in January 2023.

Bonfiglio came to Philadelphia from the University of Southern California (USC). He joined the Trojans in 2021 and helped lead them to their 15th straight NCAA Round of 16 appearance, a third straight Pac-12 Tournament championship, and a national ranking as high as #5 in 2021-22. He coached the Pac-12 Singles Player of the Year in Stefan Dostanic as well as the Pac-12 Doubles Team of the Year. Overall, USC posted a 23-6 record that included a 7-1 mark in the Pac-12.

In the summer of 2022, Bonfiglio was the USTA National Collegiate Coach and traveled with the top five U.S. players as a transition to the professional level.

From 2019-21, Bonfiglio was an assistant coach at Columbia University in the Ivy League, where he recruited the nation’s #2 recruiting class before leaving for USC. In his first season, Columbia was ranked as high as seventh nationally before the season was canceled due to the COVID-19 pandemic. His second season was also canceled due to the pandemic, but he assisted in recruiting the nation’s fourth-best recruiting class. Off the court, Bonfiglio assisted with fundraising and design for a $50M tennis facility.

Prior to Columbia, Bonfiglio was an assistant at the University of San Diego where he helped lead the Toreros to three West Coast Conference regular-season and tournament championships from 2017-19. He mentored nine all-conference selections, including the 2019 WCC Player of the Year in Gui Osorio. San Diego reached the NCAA Round of 32 in 2018 and 2019 and was ranked 25th in the final ITA national rankings in 2019. Bonfiglio was named the ITA Southwest Region Assistant Coach of the Year in 2018.

The Bronxville, N.Y. native began his coaching career as an assistant men’s and women’s coach at Trinity College in Hartford, Conn., from 2011-14, helping lead both teams to national rankings. He moved on to Ithaca as an assistant coach for the men’s and women’s teams for one season, with the women’s team capturing the Empire 8 championship. Bonfiglio then went to Amherst College from 2015-17 to become an assistant men’s tennis coach, helping the team reach as high as seventh in the national rankings and recruiting the top class in Division III.

Bonfiglio was a men’s tennis student-athlete at Middlebury College for two seasons, helping the Panthers reach the NCAA Division III semifinal round his freshman year. He finished his career at Trinity, earning all-conference honors and serving as a team captain his senior year. The Bantams finished in the top 20 in Division III both seasons. 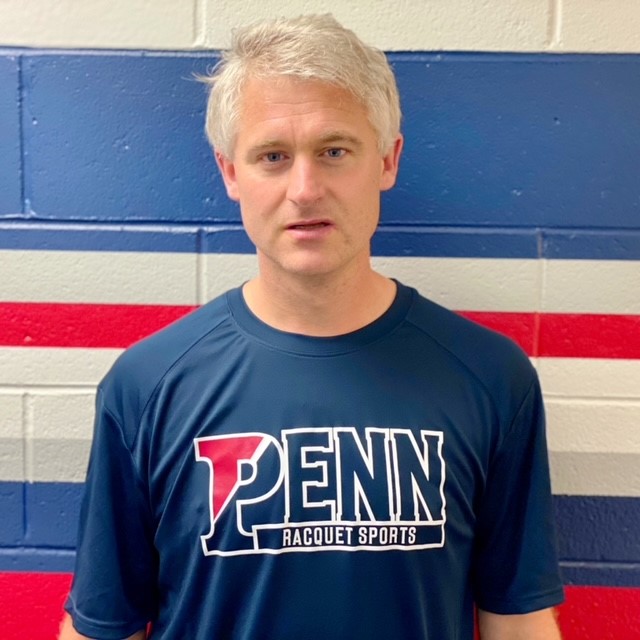 Conor Taylor is a Senior Tennis Professional at the Penn Tennis Center and enters his first season as the Interim Director for the Penn Tennis Camp. Conor joined Penn in 2021 and has had an immediate impact on the junior programming, working with kids of a variety of ages and skill levels. He is a lead instructor for the popular After School program and oversees the youth progression, and weekly instructional plans in the Rally and Play orange, green and yellow ball programs. He, along with the Penn Tennis Camp counselors, believe in the camp motto of “Fun and Fundamentals.”

A native of Ireland, Conor Taylor holds an international Level 1 and Level 2 Irish Coaching Certificate. He has coached several high-performance players and served as the National Head Coach for the Irish National Training Center and European Championship team. Between 2009-2015 he served as a professional traveling coach for a WTA top 100 player and two ATP players ranked in the top 150. A former collegiate player, Conor played Division I tennis for N.C. State University in the number 1 singles position and reached a career high ranking of 36. He has also represented Ireland in both junior and adult competitions, winning the National Over 35 championships. He continues to be recognized as one of the top ranked Irish players over the past decade. 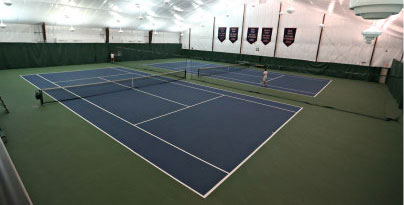 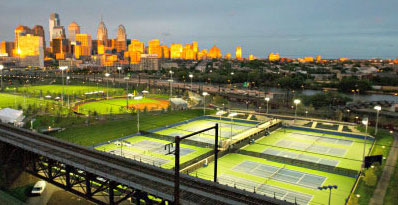 The Hecht Tennis Center has eight indoor tennis courts and is open daily. The facilities are made up of eight glare-free Devoe illuminated courts with well paced Plexi Pave surfaces and seasonal air conditioning. There is a spacious observation deck that overlooks the front four courts. Showers and lockers available. Each player must provide their own lock and towel.

The Hamlin Center has 12 all weather courts in a beautiful park setting with views of the Philadelphia skyline. The facility has stadium seating for several hundred and is open daily. There are no restroom/shower facilities available by the outdoor courts, however restrooms/showers are available at the Hecht Tennis Center. Patrons must check-in at the Hecht Tennis Center and receive a ticket prior to playing on the courts.

5 Star – The kids really loved it. I appreciate the coaches’ engagement and enthusiasm. They really fostered my kids’ genuine interest in the sport.

5 Star – My son loved camp. His instructors were top notch and he really improved!!

4.5 Star – Great camp. Kids love. Fun instructors. Beautiful courts. I like that you get kids on campus and into dining halls as campus college exposure. 9 Because the price point is pretty high

5 Star – penn alumna, husband works at penn (and has for nearly 20 years), most importantly, kids love it and keep asking to go back (second year in a row for one of my children)!

Parent of Charlotte B.

4.5 Star – My daughter was very happy and start to like Tennis sport.

Parent of Sara A.

5 Star – The staff was wonderful and the facilities are second to none. We are even considering doing another week this summer!

5 Star – We love the camp . Keeping the price relatively low is why we return every year.

5 Star – My daughter had loved this camp! It’s really well organized, the kids learn a lot and the camp counselors are engaged, skillful and fun!

5 Star – My son really enjoyed his first tennis camp this year. He is looking forward to attending again next year. He has developed more of interest in learning tennis skills.

4.5 Star – Ease of drop off and pick up. Ease of registering. Kids liked it. he construction and traffic on chestnut is horrible. So I took off a point.