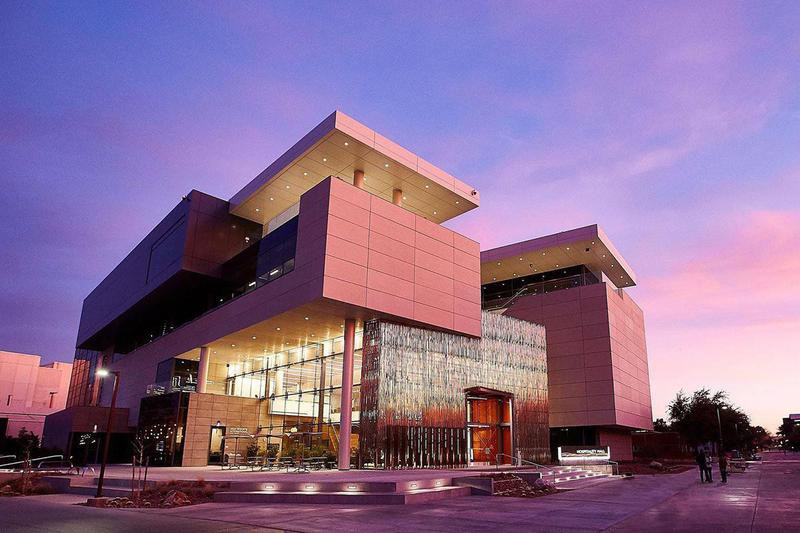 One of the biggest events to hit the desert each summer, our tennis camp at the University of Nevada Las Vegas, is back again for another summer of fun in 2022. UNLV offers three weeks of tennis camp with full and half-day options under the guidance of Las Vegas Head Men’s Tennis Coach Owen Hambrook.

Each summer, the camp is held on the beautiful Vegas campus located in the heart of Las Vegas. Throughout the week, campers receive personal attention, advanced teaching techniques, intensive drill work, and game/match play daily.

We break the campers into small instructional groups of similar age and ability, so each child is working in a group that is commensurate with their experience level. We tailor each program to the level of the players. Beginners get a heavy dose of swing technique and fundamentals, while more advanced players focus on strategy, point building, percentage tennis, etc.

No meals are provided. Campers must pack their own lunch.

In the event of inclement weather we will have to adjust accordingly. Please be assured we will do everything in our power to ensure maximum outdoor tennis throughout the week and will make every effort to communicate with the families in the case of inclement weather. 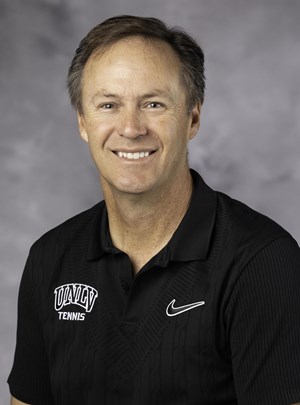 The man who brought UNLV men’s tennis program its first (and then second) Mountain West championship — Owen Hambrook — is now in his 19th season in 2021-22, which is the longest tenure in program history and third-longest among all current UNLV head coaches.

The 2007 ITA Mountain Region Coach of the Year and 2018 USPTA Intermountain College Coach of the Year became the school’s all-time leader in victories in 2021 with 240, passing original men’s coach Fred Albrecht, who tallied 230 from 1974-83.

All of this success was not the norm at the beginning of the decade as Hambrook took over a squad that had set a school record for futility in 2003 with a 2-14 record. However, he quickly pushed the team back into the national rankings for the first time in two years and UNLV’s 12-7 overall mark in 2004 included a second-place regular-season finish in the MW and the best home record (9-2) since 1997. The season also produced a qualifier for the NCAA Singles Championship.

Prior to taking over the men’s squad, Hambrook spent four years as an assistant with Lady Rebel tennis, including serving on the staff of the 2003 MW regular-season champions, and the 2000 and 2002 league tournament champion women’s teams. In 2002, Hambrook was recognized for his work when he was named ITA West Region Assistant Coach of the Year, only the second such honor in school history.

Hambrook joined UNLV after having served as director of the state’s largest junior program — the Junior Tennis Academy at the Sports Club of Las Vegas from 1996-2000. Previously, the certified tennis professional worked as the tennis pro at the MGM Grand Hotel for two years.

Before moving to the Silver State, he served as pro at the Barrybrooke Tennis Club in Kansas City, Mo., and then was director of the Heartland Tennis Camp at Missouri Western State College from 1993-95. Active in the USTA, he has been head coach for the Southern Nevada USTA Training Center and was honored as a USTA High Performance Coach in both 1998 and 2000.

A 1991 graduate of Northwest Missouri State, Hambrook was a three-year member of the Bearcats’ tennis team. He and his wife Julie, have a son, Jack, who is a member of the Rebel tennis team, and a daughter, Hannah.

Great experience for my daughter. Nice facility. Very good coaches and instructors. Good variety of activities to keep kids engaged. Great opportunity for kids of all levels to enjoy and learn the sport.

My son’s experience was very positive. He liked the schedule…tennis, swim, and awards. He wants to go again next summer!

Coaches and programming are high quality. Also my kids had a blast and can’t wait until next year!

Outstanding Coach and staff. Child loves the camp. Thank you.

Is an excellent program, in a short period the kids are exposed to a lot of good techniques.

Great coaches and lots of fun for the kids.

My 10 year had a wonderful time and learned a lot. The coaches were fun and kind. He was excited to go to camp every day.

My 12 year old granddaughter loved the instructors and learned a lot. 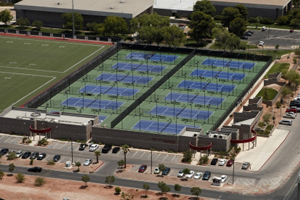 With 12 lighted courts, seating for up to 2,000 fans and a sparkling stadium club, the $1.5 million Fertitta Complex has become the center of tennis for Las Vegas and a standard of excellence for college tennis programs. Aside from the championship courts, the complex houses spacious offices for the four coaches, a conference room, equipment area, stringing station and ticket office. Both Rebel and Lady Rebel players can hit the books in the study room, relax in the players lounge complete with big-screen television, or make use of the modern locker room areas.

The facility hosts junior, senior and open tournaments along with physical education classes. A tennis club was launched in 1993 with all proceeds benefiting Rebel tennis. In addition, the school successfully hosted the NCAA Men’s Regional Championships from 1996-98 and in 1998 became the first school in the nation to host both the men’s and women’s regionals.