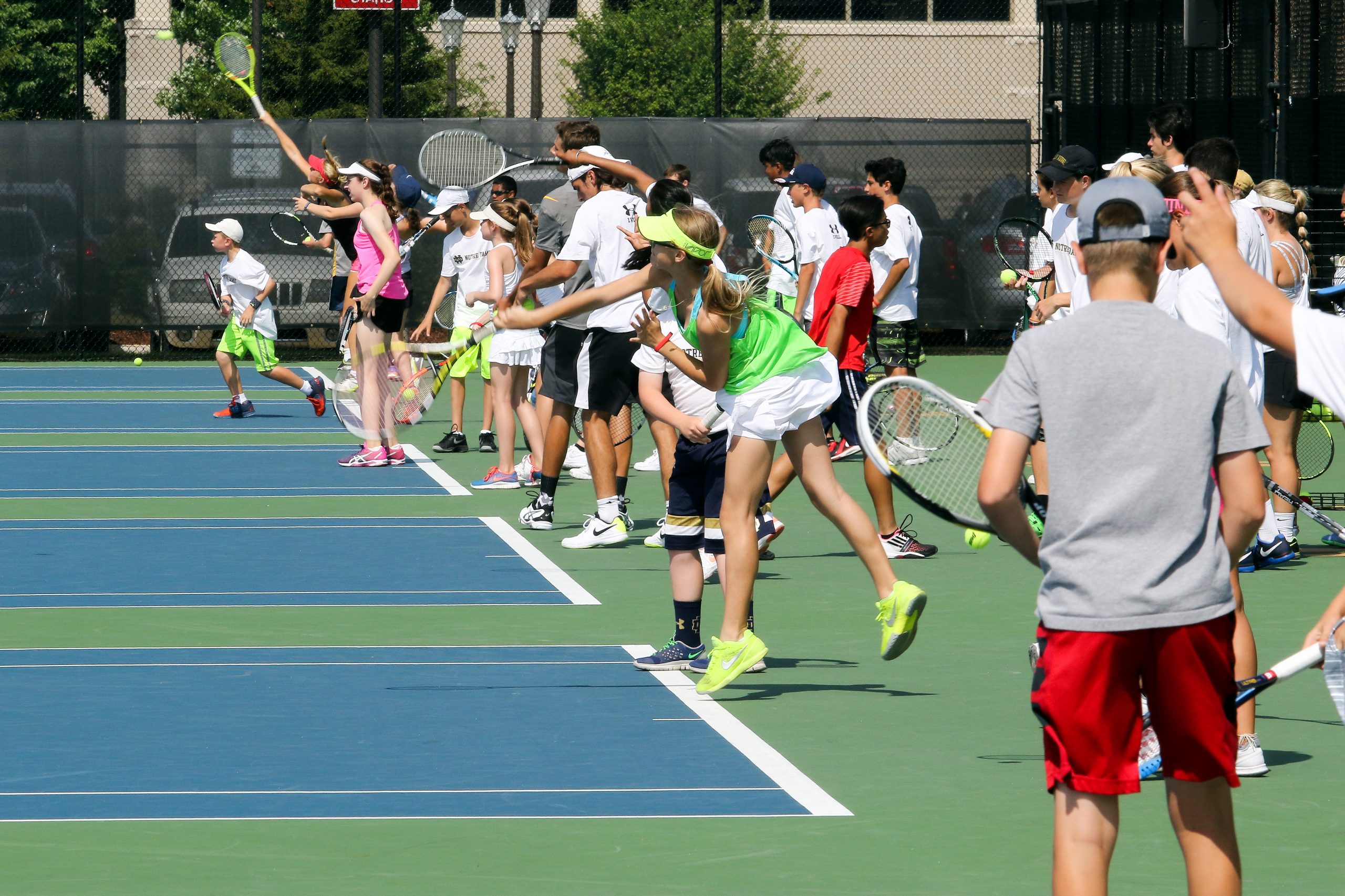 Returning to campus in 2022, The Wilson Collegiate Tennis Camps are coming back to New Haven! The Wilson Collegiate Tennis Camps – New Haven is co-directed by Yale Assistant  Women’s Tennis Emma Davis and Men’s Assistant coach Eduardo Ugalde. The camp in Connecticut will provide young players with a fun and challenging environment enriched with an Ivy League Tradition.

Throughout the week each camper receives personal attention, advanced teaching techniques, intensive drill work and game/match play daily. Campers are broken into small instructional groups with those of similar age., ability and experience so each child is working in a group that is commensurate with their experience level. We tailor each program to the level of the players.

We tailor each program to the level of the players. Beginners would get a heavier dose of swing technique and fundamentals, while more advanced players would have more focus on strategy, point building, and percentage tennis, etc.

For the Summer of 2022, we will offer half day sessions each week of camp.  The sessions ar as follows: 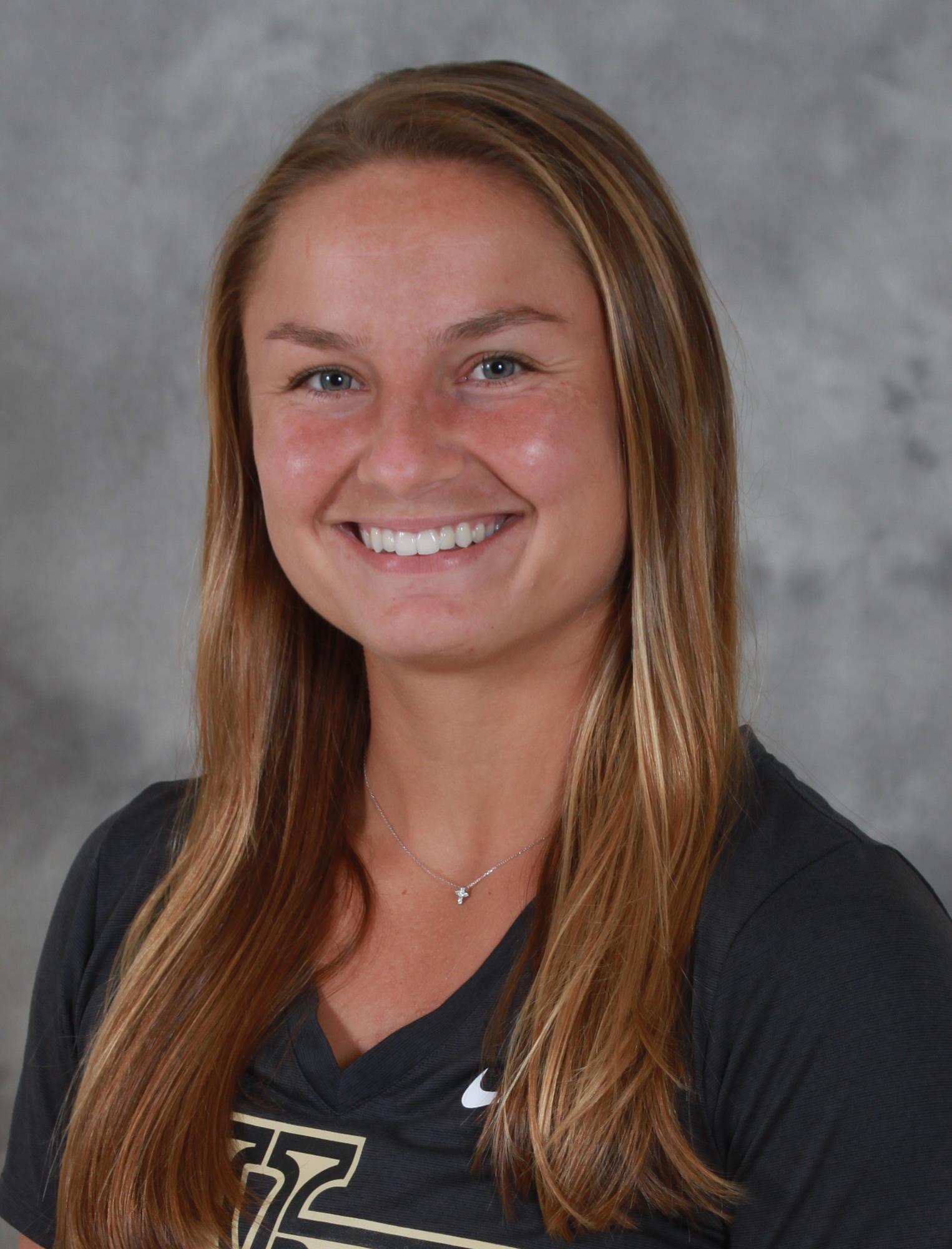 Emma Davis, who plays professionally on the ITF Circuit and enjoyed an outstanding collegiate career at Wake Forest, joined Rachel Kahan’s staff in the fall of 2021 as an assistant coach.

Davis, who began her professional career in 2019, has achieved career high WTA rankings of 630 in doubles and 670 in singles.

At Wake Forest, Davis helped lead the Deacons to four consecutive trips to the NCAA Tournament. She notched 191 career singles and doubles victories, sixth all-time in Wake history, made two appearances in the NCAA Individual championships and was a two-time All-ACC selection.

As a senior, she served as team captain and was ranked as high as 16th nationally and finished the regular season 34th. In addition, she was the recipient of the 2019 ITA National Cissie Leary Sportsmanship Award, presented to a Division I women’s player who displays inspiring dedication and commitment to her team, which has enhanced her team’s performance and exemplified the spirit of college tennis.

Davis is a 2019 graduate of Wake Forest with a bachelor of science degree in business and enterprise management. In addition to success on the court, she also excelled in the classroom and was a three-time ITA Scholar Athlete selection.

The coaching staff of the Wilson Collegiate Tennis Camp at Yale University is one of the strongest and most well respected in the country. Consisting of top collegiate coach-es and players, the staff is handpicked for their ability to teach and relate to young players in a friendly, thorough and responsible manner. 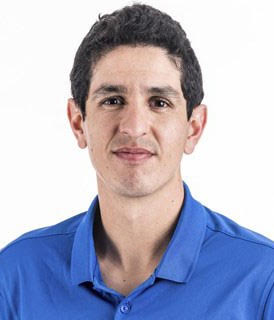 Ugalde spent one season as a volunteer assistant coach at Duke, helping the Bulldogs advance to the NCAA Tournament, conclude the 2021 season ranked No. 36 in the final Oracle/Intercollegiate Tennis Association (ITA) poll and seeing their top doubles team advance to the NCAA Doubles Championship.

Ugalde also served on the staff at the University of Alabama in 2018-19 where he helped the Crimson Tide win 16 matches and advance to the NCAA Tournament.

In addition, Ugalde has experience as the head coach for both the men’s and women’s tennis teams at the University of Texas Permian Basin in Odessa, Texas.

While gaining a master’s degree in sports management, Ugalde was a graduate assistant coach for both the men and women’s tennis teams at Jacksonville State from 2017-2018. During his time with the Gamecocks, he saw both programs achieve their highest rankings in school history in 2018.

The Cullman-Heyman Tennis Center, made possible through the generous leadership gifts of the late Samuel J. Heyman ’60 and the estate of the late Joseph Cullman 3rd’35, is one of the finest intercollegiate tennis facilities in the nation.

These features have earned the facility tremendous recognition and it now plays host to multiple collegiate and professional tournaments.

The finishing touches of the Cullman-Heyman Tennis Center were completed in fall of 2010 with the installation of the new scoreboard system. Thanks in part to additional gifts from Donald Dell ’60, Robin Selati ’88, and Jonathan Clark ’59 the Yale tennis facilities now have the most state of the art scoreboard system in collegiate tennis. The scoreboards allow scoring to take place on individual courts but also to be compiled in one central location.