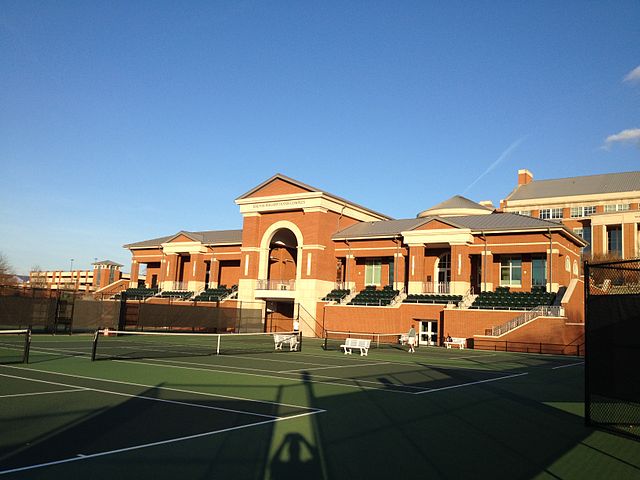 The tennis camps in Charlotte are specifically designed to cater to the needs of all campers, no matter their age or level. Divided into small groups, campers will work on enhancing their skills through repetition, ball feeding drills and live ball situations.

The Wilson Collegiate Tennis Camp at UNC Charlotte is hosted on the beautiful Halton Wagner Tennis complex, giving campers access to one of the best facilities in the nation./p>

Our traditional tennis camps (non match-play or college prep) are designed to focus on the fundamentals and swing techniques of the modern tennis strokes. Some of the areas of focus for each level include:

Airport transportation is available upon request for those flying into camp. The closest major airport to Charlotte, North Carolina is Charlotte Douglas International Airport (CLT / KCLT). This airport is 8 miles from the center of Charlotte, NC. To arrange for a pickup, please email prior to making flight arrangements.

This camp offers early drop off or late pick up for families that might be interested in having their children monitored outside our camp hours. Although no formal activities are organized, we will make every effort to keep the kids entertained. The cost of the extra day care is $20 per hour (before and after camp hours) and can be split into half hours if necessary. To arrange for this feature, please email Coach Kyle Bailey at: kyle.bailey@uncc.edu

For those families that would like to park on campus to watch camp during the day, a parking pass can be purchased online. Please visit https://uncc.clickandpark.com to purchase a parking pass. 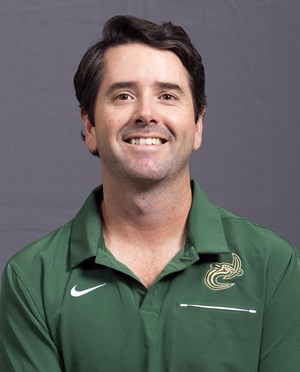 Kyle Bailey is in his first season as head coach of the Charlotte 49ers men’s tennis program. Bailey comes to Charlotte after spending the last three seasons as associate head coach at the University of South Carolina.“Kyle played a pivotal role in leading South Carolina to three consecutive NCAA Tournament appearances,” Charlotte 49ers Director of Athletics Mike Hill commented. “Coupled with his highly successful experience as a head coach at Monmouth and American, Kyle is ready to lead our program to new heights. He is highly respected in tennis circles as a proven recruiter and developer of talent.”Bailey joined the staff at South Carolina in 2016. He recruited and coached 2019 NCAA DI singles champion Paul Jubb, and led the recruiting effort that secured the #7 (2018) and #13 (2019) classes in the nation as ranked by Tennisrecruiting.net. During his tenure as Associate Head Coach, South Carolina was 58-26 overall and 21-15 in the SEC.

Prior to his stint at South Carolina, Bailey was the head coach at Monmouth in 2016. He led Monmouth to its first ever NCAA Tournament appearance. Bailey also has seven years experience in junior development, having worked at both Centercourt Sports and the Junior Tennis Champions Center (JTCC). Bailey served as head coach at American from 2004-2006 and compiled a 42-18 overall record.Bailey was a three-year captain at American University. He is second in all-time singles wins, first in doubles wins and participated in three consecutive NCAA Tournaments.Bailey and his wife, Katie, have a daughter, Grace, and a son, George 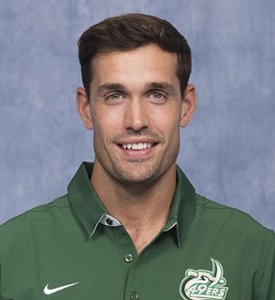 Davison returned to his alma mater after a highly-successful two-year stint in charge of the women’s tennis program at LIU Brooklyn in which he guided the Blackbirds to a pair of NCAA Tournament appearances, in 2017 and 2018. His efforts in claiming back-to-back league titles were recognized by his peers, as he was voted the Northeast Conference Coach of the Year both seasons.

A renowned developer of talent that turned around a squad that had posted a 1-13 record the season prior to his arrival, all of his Blackbirds recruits have earned honors from the conference. Anna Grigoryan was named the 2017 and 2018 NEC Player of the Year, set a school record for single-season wins, competed in the ITA Masters tournament and advanced to the ITA regional quarterfinals.

His squads won the doubles point in 19-of-21 matches during the 2018 regular season, a 90.5 percentage that tied for first nationally entering the NCAA Tournament.

Off the court, LIU Brooklyn held a perfect 1000 APR score over the last two years and had been selected as an ITA Team Academic Award recipient both seasons. In 2018, the Blackbirds were presented the NEC Team Academic Award for women’s tennis with a cumulative GPA of 3.789 and Malin Leysen was voted the league’s scholar-athlete of the year.

He also was able to negotiate a partnership with a Brooklyn-area indoor facility to cut costs and travel time for his Blackbirds to use for practices and matches. 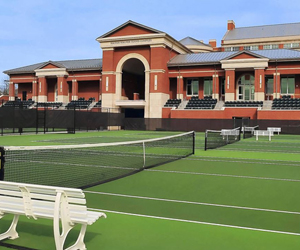 Opened in 2012, the Halton-Wagner Tennis Complex is one of the nicest in the southeast. A breathtaking 12,477 square foot facility includes coaches offices, a conference room, a player/team lounge and the Mens and Womens team locker rooms. The facility is named in honor of Dale Halton and Fred Wagner and their generous support of the 49ers tennis program.

The complex sits at the corner of Cameron Blvd. and Phillips Road, on campus, and includes a pair of scoreboards with wireless scoring capabilities opposite the 246 stadium seats. Statues of both a men’s and women’s tennis player, donated by Carol and Irwin Belk, adorn the entrance to the facility’s breezeway which leads directly into the stadium.